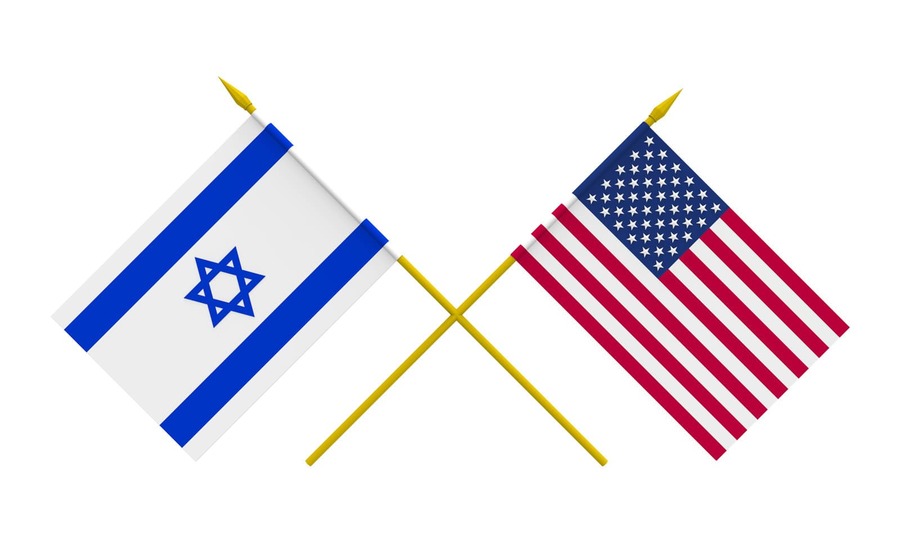 This month we have seen efforts from Israel to meet the requirements for joining the Visa Waiver Program.

Israel has wanted to join the US Visa Waiver Program for many years now, but has consistently been rejected. However, with signs of leeway and compromise now in sight, we are finally seeing progress in this direction. So how does this work and why has it been such a rocky road to get this far?

The Visa Waiver Program allows citizens of certain countries to travel to the USA without the need for a visa. The program is constantly expanded, but as it stands there are 38 countries that participate in it. If Israel manages to meet the criteria for entry, it would be the 39th country to join the select club.

The Visa Waiver Program functions as an alternative form of travel authorization. Instead of applying for a visa, applicants simply apply for ‘ESTA’. ESTA is the Electronic System for Travel Authorization, and is also the name of the authorization that gives a traveler permission to partake in the Visa Waiver Program. The ESTA is applied for online, and is either approved or denied almost immediately (far more often the former rather than the latter).

In order for the ESTA approval process to be so quick, the ESTA uses a completely automated process. It does this in two ways: first of all, it analyzes the answers provided in the ESTA application form. The form consists of basic identification data (names, passport details, etc.), as well as a range of safety and security questions (whether the applicant has travelled to certain countries recently, whether s/he has specific medical conditions, etc.). The second process involved in the ESTA approval process is the cross-reference of data. A key component of the Visa Waiver Program is data sharing among member countries. The electronic system can instantly search all relevant databases pertaining to the applicant’s identity. If the applicant does not raise any red flags, this makes an almost instant response feasible.

Of course, we can be under no illusion that VWP membership is a somewhat exclusive affair. The criteria for forming part of the program cover several bases, and membership is constantly monitored and reviewed. Essentially, there is one key umbrella concept that dictates which countries are ‘worthwhile’ participants in the programs: the country needs to be ‘high value, low risk’.

In order to capture this concept of ‘high value, low risk’, there are a range of key indicators and factors to take into consideration. One of the indicators of low risk is the country’s visa approval rate. For example, if 5% of US visa applications from a given country are rejected, this is a sign that automated approval in the form of a ESTA authorization is probably too risky (generally the refusal rate needs to be below 3%). However, if the visa application refusal rate is particularly low, this is a good indicator that citizens of the country will not pose much risk to the USA.

As well as the visa acceptance/refusal rate, entry into the Visa Waiver Program is dependent on certain factors within the applicant country. To qualify for the program, the applicant country needs to have a ‘High Human Development Index’, which incorporates factors such as life expectancy, years of schooling, gross national income per capita, etc. The country needs to have a high-income economy, a low level of passport fraud, strict passport security requirements (with biometric passport systems), very low numbers of citizens overstaying visas, and credible counterterrorism, law enforcement and border control organizations, among other security-based entities.

One compulsory and particularly key criterion for a country’s acceptance into the Visa Waiver Program, and one which is particularly significant in the case of Israel, is the willingness to share security information. Member countries’ disposition to share security information with the USA is a fundamental component to making the ESTA application and approval process run smoothly.

Israel has consistently refused to provide full access to its fingerprint database, which is still incomplete. The argument behind their refusal is based around data privacy and protection. Indeed, it had formerly promised its citizens that it would not share such information. Specifically, the FBI has an ‘Integrated Automated Fingerprint Identification System’, which needs to have access to the biometric data of Visa Waiver Program member countries.

Nevertheless, recent progress comes as Israel has expressed a willingness to finally give the USA access to its fingerprint database. Its Foreign Ministry is now negotiating with the Trump administration to establish a way in which the US can get access to the database, while simultaneously minimizing any risk of harming the privacy of Israeli citizens.

In order for this to actually happen, Israel is likely to face some internal criticism for ‘breaking a promise’ to the people. However, its citizens will benefit from the program, and so the transition could be fairly smooth. For Israel, becoming a part of the Visa Waiver Program also requires changes to laws and regulations, in particular in terms of data privacy and protection, but presumably the obstacles are outweighed by the potential benefits of the program.

Benefits of ESTA to citizens

For citizens of countries that already subscribe to the Visa Waiver Program, there are plenty of benefits to the ESTA. We have already discussed the most obvious advantage, which is that of not having to apply for a visa, but why is that such a benefit?

Applying for a US visa is a fairly long-winded and costly process. First of all, the applicant needs to arrange an interview in a US embassy or consulate. After the interview, the visa takes several weeks to process. Conversely, the ESTA application process takes place entirely online, and approval is almost instant. After submitting the ESTA form, the applicant receives an email within 24 hours (usually much sooner) with his or her approval status.

Once approved, the ESTA is valid for two years. Given that the whole process is automated, this is all the applicant needs to do. Once approved, s/he can visit the United States under the Visa Waiver Program. There is no need to print anything out, as the ESTA approval status is directly linked to the traveler’s passport. This also means that, as soon as the traveler’s passport expires, the ESTA also expires. For this reason, it is often a good idea to make sure that your passport is valid for at least another two years when applying for ESTA, thus avoiding the need to reapply for ESTA within this period.

Whilst the ESTA has a validity period of two years, each trip that the traveler makes to the USA can only last for a maximum of 90 days. If there is any chance that you will be in the USA for longer than 90 days, then you need to apply for the corresponding visa. Nevertheless, the ESTA does allow you to travel to the USA multiple times within this two-year period, and does not expire as soon as the first trip is over. As long as the traveler is always adhering to the conditions of the ESTA and the Visa Waiver Program (not overstaying the 90-day period, not working in the country, etc.), then s/he can make any number of trips to the USA during this period.

At the end of the two-year validity period it is not possible to renew an ESTA. However, citizens of VWP member countries are perfectly entitled to reapply for ESTA once it has expired, following the same online application process as before. This makes the ESTA a very favorable alternative to a traditional US visa, and it is therefore very easy to understand why Israel is now making a notable effort to join the Visa Waiver Program.

We will soon find out whether Israel can meet all of the criteria for entry into the Visa Waiver Program, but one thing’s for sure: if they do join, they will be one of relatively few states around the world with this privilege.