Visiting the USA as a European 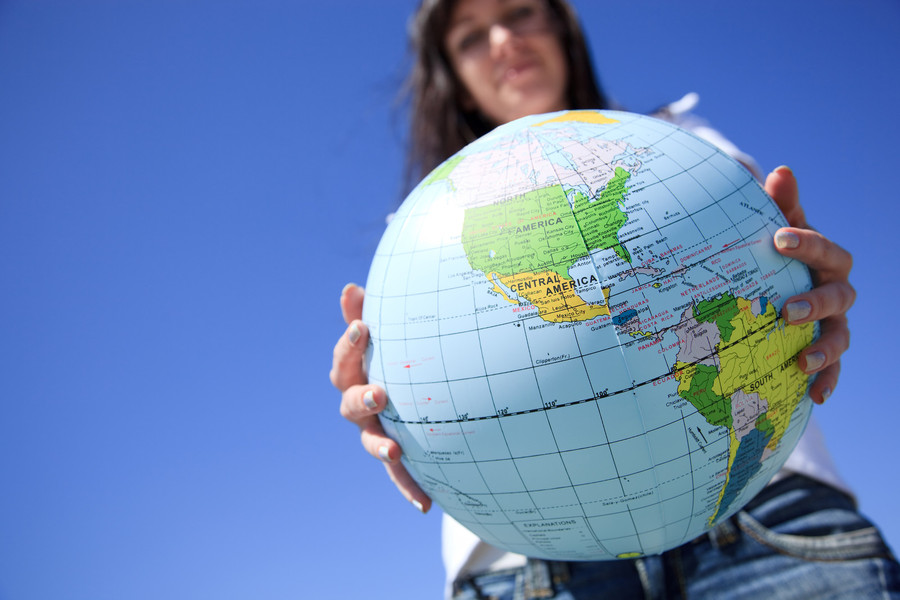 Most European countries are members of the Visa Waiver Program, which allows their citizens to apply for visa waivers for visiting the USA. Thanks to the ease and affordability, it’s more than tempting to ‘cross the pond’ and see it for ourselves. So, as tourists, how does it compare with Europe?

Whether you’ve already been to the USA or not, you surely have a fairly solid idea of what it’s like, thanks to the enormous presence that the country has in news and entertainment. The news is filled with US politics, particularly at the moment, and a large part of the film and television we see is set in the states.

As citizens of Visa Waiver Program member countries, we also have the benefit of being able to travel to the USA without a visa – instead, we can just travel with ESTA; the ‘Electronic System for Travel Authorization’.

No matter how much we think we may know about the USA due to the news, film and television, or even American friends, we’re always going to come across some differences that take us by surprise. So, here we’re going to look at a few things that we’ll come across in the USA that may differ slightly from what we’re used to in Europe.

Depending on where you are in the USA, and where you’re from, prices may be higher or lower than what you’re used to. The dollar is strong against the euro at the moment, which may make things seem pricier, but it all depends on what you’re used to. Of course, there are lots of variables at play here – if you’re in cities with high tourist appeal, you can expect prices to be higher, whereas lesser-visited rural spots will be cheaper.

The one thing that is consistent is the pricing system. In Europe, we’re used to paying the price marked on a product, or in a restaurant, or at a hotel, as this price includes tax. In the USA, however, most prices that you see are pre-tax. This means that tax is added when it comes to paying. To make it more confusing, each state has its own tax rate and rules, so it differs from place to place. This is really useful to bear in mind when you make any purchases in the USA, or when you’re eating out, for example…

Once again, this very much depends on where you are in the USA, but as you can imagine there is an ample selection of dining options to satisfy any palette. That said, you will notice a few differences. ‘Drive-thrus’ and fast food options are far more common in the USA than they are in Europe. Given the rich multinational nature of the USA, you can also find cuisine from more or less anywhere, but this is generally some sort of American fusion. For example, the Mexican food you can find in abundance in the USA generally includes a US take on certain dishes (for example, ‘fajitas’ are not Mexican!).

Dining culture is very similar to what it is in many European countries, however it’s important to understand tipping. Tipping is much more prominent in the USA than in Europe. Depending on where you’re from, it may not be customary to pay your server in addition to the amount on the bill – some places round up to the nearest euro, others add 10%, others have their own systems, etc. Nevertheless, in the USA, tipping is basically mandatory. Furthermore, when it comes to eating out, anything less than a 20% tip is likely to make your server feel that the service was poor.

In the interest of respecting US customs and leaving a good impression, it’s recommended that you leave a decent tip on any meal out (and this includes places like coffee shops). There are different tipping standards for different places: in bars it’s common practice to tip a dollar or so per drink; for valet services or concierges, one or two dollars is the norm, and many people leave tips for room cleaning services in hotels. It’s a good idea to check the standards for where you are going, and act accordingly – as visitors, we don’t want to appear rude! When dining out, your bill will often come with 3 levels of ‘suggested tips’, which will probably be something like 15%, 20% and 22% of the total bill. Of course, bearing in mind what we mentioned previously with respect to the added tax, this means that the price you see on a menu will probably be significantly less than what you end up paying.

Whilst public transport does exist, there can be no denying that the USA was largely built around the automobile. Thus, having a car is pretty essential in the majority of places. Distances are vast, and individual states are huge! Fortunately, car hire is very affordable in the USA, and driving is not as intimidating as you might expect.

Given that most people have cars, and the fact that cars are incredibly integrated into daily life, the road system is simple, well marked and easy to use. That doesn’t mean that traffic isn’t a major issue in cities, but it does mean that it’s fairly easy to get from A to B with a car. So, one thing to take into account is that they drive on the right-hand side in the USA, just like most of the world. Another thing that’s worth knowing is that the vast majority of cars in the USA have automatic transmission, including rental cars. If you’ve driven an automatic car at some point in your life, you’ll know that they are easier to drive than manual, or ‘stick-shift’ vehicles. However, if you’ve never driven an automatic car it can sometimes be a little intimidating at first. If this applies to you, make sure you drive around a quiet area at first to get used to the vehicle – all you need to know is that the car has no clutch pedal, and so you use your right foot for everything, and that the ‘gear stick’ simply goes between ‘Drive, Neutral, Reverse and Park’, and sometimes ‘Sports’. When you’re in ‘Drive’ mode, the gear shifts will take care of themselves (some automatic cars also give you the option to change gears manually, but this is still straight forward and works without a manual clutch).

Due to the fact that cars are such an essential part of getting around, parking is also easy for the most part (and quite possibly cheaper than what you’re used to). Better still, gasoline is generally much cheaper than it is in Europe – this does depend on where you are, but you’ll certainly notice that it’s much more affordable to drive around the USA than it is around Europe. When it comes to actually driving around, just be sure to pay close attention to all road signs; for example, when driving on highways, be very watchful as to which lane you’re in, as the right lane is often reserved just for the exit. Also, particularly when driving in urban areas, wherever you see a ‘stop’ sign, you must bring your vehicle to a complete halt (instead of just rolling forward!). Also, don’t forget that distances in the USA can really add up – this is essential when it comes to planning journeys, as you need to be able to drive long distances safely.

All of the things we’ve mentioned here are important factors when you’re in the USA, but of course the most important step is sorting out your travel authorisation before you go! Without a visa or alternate travel authorisation, you won’t be able to visit the USA. Fortunately, citizens of Visa Waiver Program member countries are able to apply for ‘ESTA’ (the ‘Electronic System for Travel Authorization’) online. Thanks to the ESTA, approved applicants can visit the USA without a visa, for periods of up to 90 days at a time provided the trip is for tourism or business purposes.

When you apply for ESTA online, you receive an email within 24 hours indicating the status of your application. The vast majority of online ESTA applications are approved within 24 hours of applying, and once approved you can use the same ESTA for two years (unless your passport expires during this time).

When you visit the other side of the pond, you’ll undoubtedly experience new things and be immersed into a whole new world. Here we’ve explained just a few things that might be useful to know before you go, but essentially the discovery is the best part of it! Just be sure to get your ESTA online before you travel, and you’ll be all set for your American adventure.