Has it always been this easy to visit the USA from Europe? 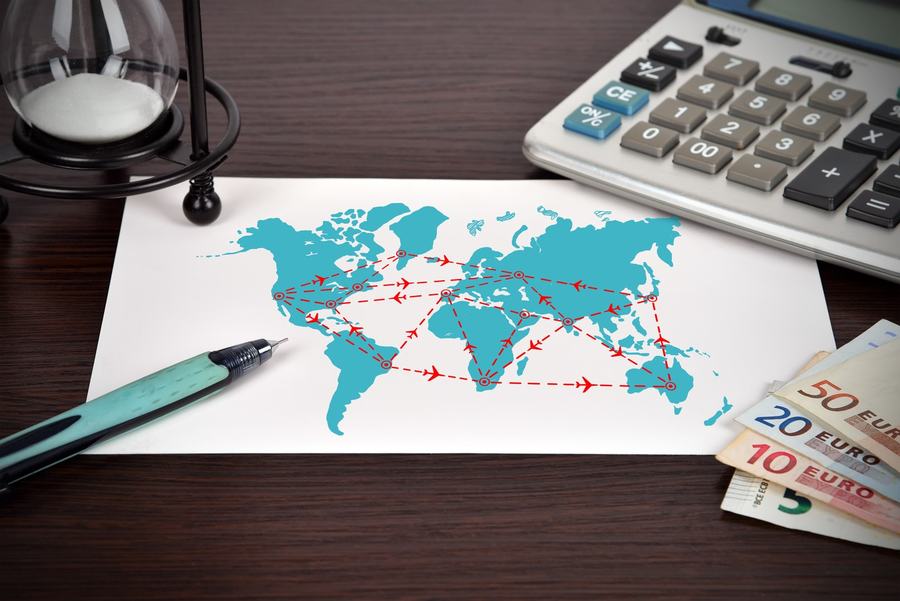 If you have been to the USA recently with an ESTA, you will already know that the transatlantic trip is perhaps surprisingly smooth and easy. In many ways it is no different from flights within Europe. But has it always been this way?

Not at all. Once upon a time, there were various factors that made travelling to the USA from Europe quite an ordeal; a palatable one, but with obstacles nonetheless. On the one hand, before the Visa Waiver Program was created, it was compulsory for Europeans to get visas in order to visit the United States. The US visa application process is thorough, expensive, and involves in-person meetings in a US consulate or embassy. As well as this, the process can take several weeks from the time of application. In this sense, the founding of the Visa Waiver Program, and therefore the ESTA (the Electronic System for Travel Authorization) was a significant contribution to making this transatlantic journey a little easier.

But travel authorization aside, there were other contributing factors as to why it was seemingly more complicated to visit the USA from Europe. Namely, in general there were less transatlantic flights, and the flights that did exist were more expensive. Of course, these two factors are very much interlinked.

So how did this all change?

The reason that today we have such good access to flights to the US from across Europe is largely thanks to something known as the ‘EU-US Open Skies Agreement’. The agreement came into effect in 2008, and has had a large impact on transatlantic relations for multiple reasons. Before this, 11 of the 27 EU member states did not have Open Skies Agreements with the USA. This change led to an additional 26 million potential passengers in the EU; that’s about a third more than before.

Essentially what the agreement did was remove limitations on how many carriers, or airlines, a country could designate, how many flights, which routes they could use and what types of aircraft they could operate. That’s to say, beforehand there were some significant restrictions on flights between the USA and Europe. Of course, within the European Union, flights between countries have long been abundant and affordable, and so, by contrast, travelling to the USA was a much bigger deal.

As a result of these lifted limitations, the Open Skies Agreement became a great facilitator for the movement of products. Trade benefited enormously. Product shipping became a much timelier and affordable endeavor. The transatlantic airline industry itself is estimated to have benefited significantly too, with estimates suggesting that the agreement represents $12 billion each year in economic benefits.

Interestingly, prior to the agreement, the USA and the UK had the most restrictive relationship in terms of aviation, despite the close relationship between the two countries. Given the UK’s current EU membership, the agreement had significant benefits to transport between the two countries. By way of example, a significant number of new airlines were now able to fly out of Heathrow Airport, Europe’s busiest airport. Prior to this, only two US and two UK airlines were allowed to operate between the two countries. Naturally, Brexit is putting a question mark over what will happen following Britain’s departure from the European Union, but Brits can be hopeful that a similarly beneficial agreement will be made to replace it. As for the Visa Waiver Program, there is no reason to expect the UK will lose its membership following Brexit.

But it wasn’t just the movement of products that benefited from the Open Skies Agreement. With transport facilitated on the whole, this obviously had a major impact on the movement of people too. Naturally, with more flights going to and from a greater range of airports, there was an immediate benefit to travel and tourism. Further still, the business world benefited, given that it was now easier to bring businesspeople together from both sides of the pond. This is where the ESTA is particularly relevant, as its two primary purposes are to allow for tourism and business travel.

Consequently, this is how ESTA and the Open Skies Agreement go hand in hand. Most European countries are members of the Visa Waiver Program, with the exception of Bulgaria, Croatia, Cyprus, Poland and Romania (this is a separate ongoing issue and may be about to change, but at the time of writing these five countries are still not eligible to participate in the Visa Waiver Program). The Visa Waiver Program allows citizens of member countries to apply for ESTA online instead of applying for a visa. For periods of up to 90 days at a time, ESTA approved travelers can travel for tourism or business purposes.

So, with a greater availability of flights and a cheaper, easier alternative to a US visa, naturally it became easier for many Europeans to cross the Atlantic for a US trip. But of course there is one more significant factor, which surely won’t have passed you by. With more competition and more flights, of course the cost of air fares went down. First of all, this certainly made it easier for Europeans to afford vacations in the US, for example. And second of all, this is a phenomenon that is rapidly accelerating. Europeans have been used to the budget model for flights within Europe for years now, and it is no longer such a surprise to see air fares going for as little as €10 or even €5. But a transatlantic version of this has only recently surfaced, and is expected to get cheaper and cheaper as the competition accelerates.

There was talk for a while about major budget airline RyanAir introducing €10 transatlantic flights. Of course, this sounds absurd, and the project has since been scrapped. Nevertheless, other major airlines are creating models whereby flights can be offered for a fraction of what we were once used too. Norwegian Airlines offer flights between Ireland and the US for as little as €69 now, and we are seeing similar patterns with budget airlines such as Level and Wow Air. One technique used to achieve such low air fares is to set up routes between airports that are not quite so close to the city center, allowing for cheaper landing fees. For example, cheaper flights may go to Oakland instead of San Francisco, or Stewart International Airport instead of JFK.

It seems likely that the next few years will see major efforts to bring cheaper air fares to transatlantic routes. Of course, combined with the simplicity of the ESTA and the increased flight options as a result of the Open Skies Agreement, this will be another catalyst for increasing tourism and business prospects between Europe and the USA.

As we’ve been emphasizing throughout this post, it is now easier than ever to visit the USA for citizens of Visa Waiver Program member countries. Remember, all that you need to apply for ESTA online is a valid passport and a payment method. The whole application process takes approximately ten minutes, and you will be informed as to your approval status within 24 hours (and normally much faster).

When you receive an email telling you that your ESTA application has been approved, you are immediately authorized to use your ESTA to travel to the United States. The ESTA itself is valid for a two-year period, during which you can make as many trips to the United States as you wish, provided you are always adhering to the travel purposes allowed by the conditions of the VWP, and not extending the 90-day admission period in any one trip. The only exception to this is if your passport expires before the end of the two-year period. Due to the fact that your ESTA is directly linked to the passport you used during the online application, as soon as your passport expires the ESTA is no longer valid. When you renew your passport, you will need to apply for a brand new ESTA, as the details will need to reflect the contents of your new passport.

To sum it all up, you’re now in a better position than ever to apply for ESTA online and get practically immediate travel authorization, book a cheaper than ever flight to and from a larger range of airports than ever before, and even have greater access to more types of accommodation than days gone by. Do you need any more convincing?

Apply for ESTA online today and start planning your transatlantic trip of a lifetime!