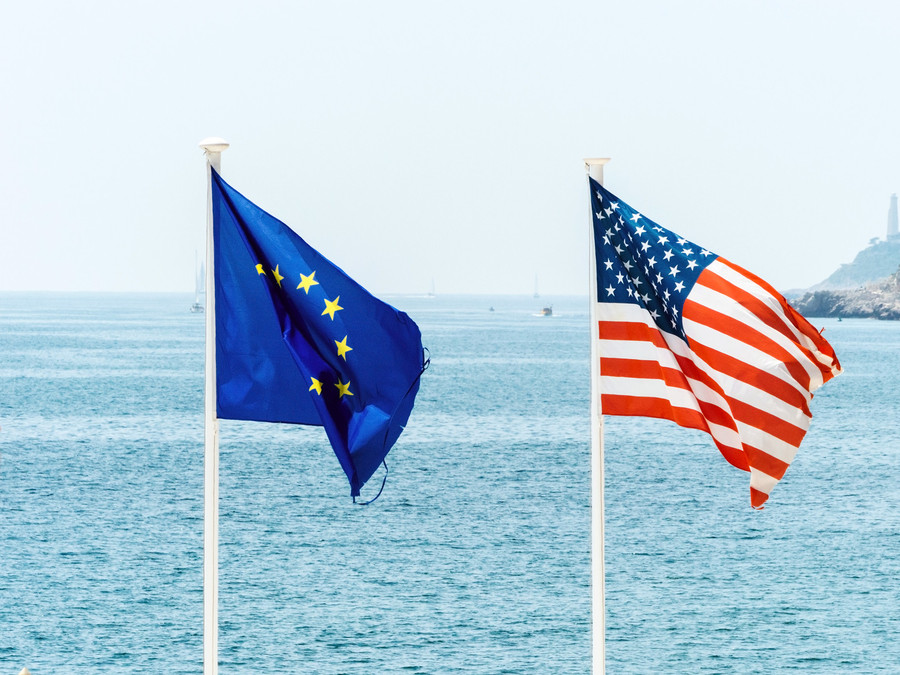 The Visa Waiver Program allows citizens of certain countries (38 in total) to travel to the USA without a visa. In a reciprocal way, US citizens can travel to all of these countries without visas, under the same conditions. But it’s not quite that simple…

The 38 countries that form part of the Visa Waiver Program include the whole of the European Union, as well as other countries outside of the EU, such as Japan or Chile. Citizens of these 38 countries are eligible to apply for a visa waiver, known as the ESTA (the Electronic System for Travel Authorization); if approved, they can travel to the United States for periods of up to 90 days at a time, for tourism or business, without the need for a visa.

In turn, US citizens are eligible to travel to these countries without the need for a visa, following the same or similar criteria. This is what is known as ‘visa reciprocity’. Essentially, this means that if a country provides Visa Waiver Program benefits to another, then the second country should return the favor to the first. And this has been the cause of a certain amount of transatlantic controversy lately.

The controversy comes from the fact that US citizens actually have the right to travel to the whole of the European Union without the need for a visa, whereas not all EU citizens have the same privilege. This is because not all EU countries form part of the Visa Waiver Program with the USA. Bulgaria, Croatia, Cyprus, Poland and Romania have not been allowed to participate in the program, meaning that US citizens have something of an unfair advantage here. In technical terms, this means that there is no visa reciprocity between these five countries and the United States.

This is the context in which, last month, the European Commission and the US Department of Homeland Security issued a joint statement laying out their intent to grant visa-free travel to all citizens of the European Union. Their statement emphasizes that giving all EU citizens this right is a political priority, and explains why this is not currently the case.

In short, the INA (US Immigration and Nationality Act) is what lays out the criteria that countries need to adhere to in order to participate in the Visa Waiver Program. One of the key pieces of criteria is that the country must have a rate of refusal for nonimmigrant visitor visas of under 3% during the previous year, i.e. if more than 3% of temporary visa applications from a certain country to the USA are refused, then that country should not be eligible to participate in the program. This is because the cornerstone of the program is that the countries are deemed to be high-value, low-risk, and thus if too many visa applications are being rejected, it indicates that the citizens of that country should be subject to more vetting than the online ESTA application process can provide.

As well as visa application success rates, other key criteria for participating in the VWP include migration rates, security issues, human rights, borders and safety. Aspects relating to these criteria are the reasons for which Bulgaria, Croatia, Cyprus, Poland and Romania have not yet been allowed to join the program. The joint declaration explains how the EU and its member states will collaborate with the USA to ‘improve security cooperation’ and assist these five countries in advancing more rapidly with a view to meet the requirements that currently prevent them from joining the VWP.

A large part of this ‘security cooperation’ consists in information sharing, which is already widely implemented on an international level, and is a fundamental requirement for joining the VWP. The declaration lays out how the USA and the EU should be further strengthened in the areas of traveler screening and enhanced information sharing, including exchanging biometric data for law and immigration purposes (something that, as we have seen, is getting more and more advanced as technology improves).

So why have European and United States bodies come together now to declare their intent to get these countries into the program? Why would the USA care whether or not certain countries are not eligible to form part of the program? To understand this, we need to go back a few months…

Prior to this joint declaration, the EU Commission had stated that it would be obliged to suspend visa waivers for US citizens for a one-year period, should the USA not allow Bulgaria, Croatia, Cyprus, Poland and Romania into the VWP within two months. This two-month window followed a two-year period, during which the USA had already been asked to include these five countries into the program, to no avail.

Of course, neither the USA nor the EU actually want visa waivers to be suspended between the two regions. On the European side, if visas were obligatory for US citizens, tourism would be hit drastically. As one of the few industries in which new jobs and new income are continually created, adding the ‘visa barrier’ would have a huge backlash on the tourism industry among member states. Likewise, on the American side, if the EU were to stop their visa-free travel, following the idea of visa reciprocity, they would understandably be inclined to take the same measure. If this were to materialize, they too would miss out on the vast tourism opportunities that ESTA and the Visa Waiver Program allow (worth around $50 billion per year). Following on from the EU’s threat to bring back compulsory visas, can either side of the Atlantic really afford for this to happen?

You might wonder, why can’t these five countries simply require US citizens to apply for a visa, instead of the whole European Union? And the answer is that such a solution would not work within the European Union, where, even if you were to overlook the comprehensive geopolitical agreements in place, it is a land of open borders, and enforcing such a measure would be a logistical nightmare.

And so, naturally, the objective behind the EU’s declaration a few months back was to get these five countries into the Visa Waiver Program, and thus not bring in additional visa requirements for anybody. The US would like the same thing, of course, but cannot bend its own rules to simply let them in on the program.

So what happens now?

The joint declaration of the EU Commission and the US Department of Homeland Security indicates that the five countries’ fulfilment with VWP membership criteria will be monitored closely and discussed in upcoming Home Affairs Senior Officials’ meetings. Furthermore, regular technical meetings will be held between the five EU Member States in question, the United States and the European Union, with a view to speed up the process and ensure that all requirements are met.

In the meantime, there are no changes to the Visa Waiver Program itself. Citizens of the 38 member countries are all still perfectly entitled to apply for ESTA using the online application form. Within 24 hours of submitting this online application, they will be informed of their approval status via email. Provided the application is approved, they will be able to visit the United States, as tourists or on business, for periods of up to 90 days during any one trip.

The ESTA itself is valid from the day it is approved, and lasts for two years. The only circumstance under which the ESTA is valid for less than two years is if the applicant’s passport expires during this period. This is because the ESTA is intricately linked to the specific passport used at the time of application, and all of the details included in it. If you are applying for ESTA but do not have long left on your passport, it is a good idea to apply for a new one beforehand. This will allow you to get maximum usage out of your ESTA, and prevent you from having to reapply within two years of submitting an application.

Things appear to be moving relatively quickly in terms of achieving full visa reciprocity between the EU and the USA, and so we expect to have more updates shortly. In the meantime, make sure you have all your travel documentation organized and up to date, so that you can have a smooth, enjoyable and full-on American trip this Summer!