First time flying to the USA? Here’s what you can expect... 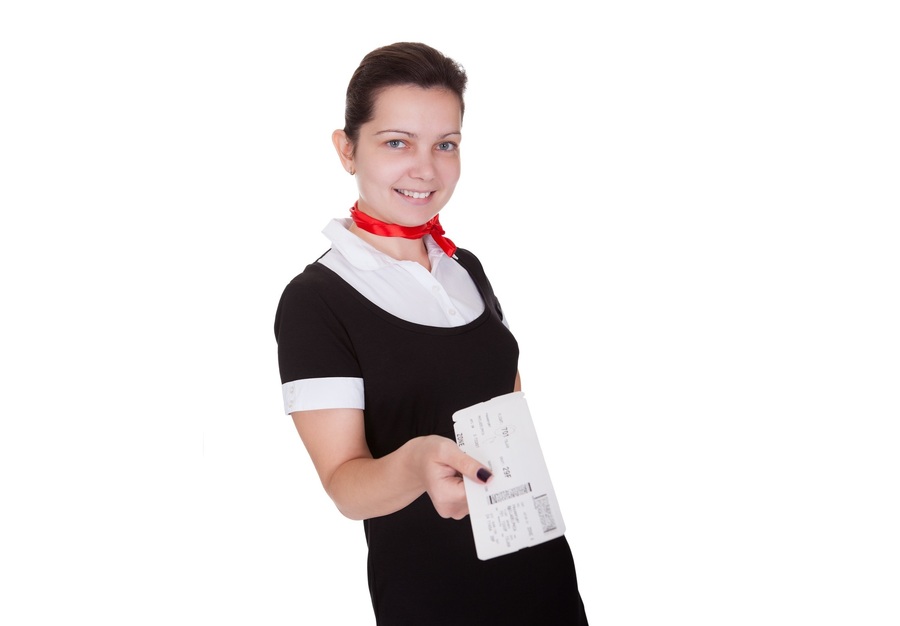 Instead of talking about the USA itself, we’re going to be focusing on the trip there this week, as it may well be your first time flying there, or potentially your first long-haul flight.

For many people flying to the USA, it is the first long-haul flight they have to take. Particularly for Europeans, as there are so many beautiful countries close to our own, we are often only used to flights between one and four hours long. When it comes to flying all the way to the USA, we can expect a few little differences.

First of all, the majority of flights operating between Europe and the USA are generally not what we’d call ‘budget’ airlines. In Europe, we’re fairly used to the very low-cost airlines, which offer fantastic deals, but are perhaps not the most comfortable flights. Again, given the short distances, it hardly matters. But when you’re on a 12-hour flight from London to LA, that extra bit of leg room and comfort can go a long way. This is only really relevant because of the different kind of service you can expect on board the plane…

Whereas, more often than not, any food or drink we want during our flight will cost us an arm and a leg, on transatlantic flights this is normally free (but not always; some budget airlines have now entered the transatlantic market, whereby you pay for meals and luggage separately, but this is still not the norm). Depending on the times of day you’re travelling, you can expect a couple of meals during your flight, whether that’s dinner then breakfast, or breakfast then lunch, etc. This also includes soft drinks and alcoholic drinks. You can also expect to receive other amenities, such as a small pillow, a blanket and a pair of headphones. All of these things are what you can expect in economy class; first class and business class do get premium services as well, but that certainly comes at a price.

Not forgetting that the flight will take you between two fairly far apart time zones, during the first few hours of the flight at least you will still be following your normal eating and sleeping patterns. The sensation of ‘chasing the sun’ can be quite odd, as your flight is constantly moving away from the setting sun (when you’re going west that is – obviously this isn’t the case for your return journey, but rather the opposite). So for this reason, it’s a good idea to slowly start thinking about what time of day it is at your destination throughout the journey.

A good piece of advice for many people is, if you have the option, try to choose an outbound flight that leaves in the evening. By the time you land, it will probably be around evening/nighttime at your destination. Whether you are able to sleep on the plane or not, flying and travelling are tiring processes, and so you will probably be naturally fairly tired soon after you arrive (not necessarily though, we’re all different after all). The disorientation will be more prominent the next day when you wake up, so you just have to go with it and try to stay awake during the day.

Another thing to bear in mind is that jetlag is supposedly worse when you are travelling east than it is when you go west. This is good news for your holiday, as it means that, according to science, it will take you less time to adapt to your new time zone than it will take to readapt to your own when you’re in post-vacation mode.

The airplanes themselves are generally much bigger than the ones we are used to for short-haul flights. You’ll notice this as soon as you get on, and again when it takes off; it feels like you’re in an extremely powerful plane. Often, there are ten seats on each row (as opposed to the six we are used to), with two aisles in between. A good piece of advice is, if you tend to prefer aisle or window seats, book it in advance. It will probably cost you a little money, but many people find it more comfortable to know that they will be on the end of a row. You can also book two seats side by side, instead of a row of three, on certain services, which is almost always far cheaper than upgrading your ticket to first or business class.

And speaking of upgrades…  There are many stories about people getting bumped up to first class on the day, but does it really happen? In short, sometimes, but unlikely. All airlines have loyalty programs, and so if there is a spare seat available in first class, and if they actually want to offer it out, then it will go to a frequent flyer who happens to have purchased an economy ticket. The more usual scenario is that the economy seats are full, which is why they have to upgrade somebody, but again it will follow the same logic. To maximize your chances, be polite, dress relatively smartly and ask kindly at the check-in desk if any upgrades are available. The worst they can say is no. Some airlines offer ‘upgrade auctions’ during the couple of days before the flight, but this might not necessarily be a cheap way of getting an upgrade, and often your type of ticket will dictate whether or not you are eligible to even participate.

Whilst we’re on the subject of having to bump up passengers due to full seats, you will probably have seen the story in the news recently in which a man was removed from a United Airlines flight to make room for personnel. It was an anomaly and a terrible incident, but it drew attention to the fact that airlines often overbook their flights, and you can certainly use this to your advantage if you have any flexibility. Say, for example, you’re not in a hurry to get back home after your trip, you can tell the check-in desk at the airport that you are willing to ‘volunteer’ to catch a later flight – airlines have policies in place whereby they offer incentives to people who are willing to wait a little longer and catch a different flight. These incentives often include accommodation for the night, a meal, and cash compensation or flight vouchers. If they know the flight will be very busy, they may well take you up on your offer immediately, and at the very least will put you on a list of people who are prepared to take the offer if needed. It makes their job easier, and can end up making your flight a whole lot cheaper! (Indeed, the author of this very article recently tried this, and was offered compensation of €250 per passenger to get a later flight – it more than halved the overall cost of the flights!).

Anyway, back to the flight itself. Shortly before you arrive in the USA (or potentially as soon as you get on the airplane), you will be given a customs form to fill in. This is where you declare anything that you might be bringing into the country with you, such as large quantities of cash. Generally, you only need to fill in one of these per travelling party, but certainly try to get it done before you land, as it will avoid any extra hassle when you go through border patrol. It’s a simple form, and takes no time at all to complete.

If you are travelling with ESTA, under the Visa Waiver Program, you won’t need to show any extra documentation other than your passport. This is because your ESTA authorization number is automatically assigned to your passport; the border patrol agent will be able to confirm that you have a valid ESTA when you go through the border. That said, it does no harm to keep a printed copy of your ESTA approval with you when traveling.

And there you have it, a very quick overview of what it’s like to fly across the Atlantic. But finally, if you’re lucky enough to have a window seat, you can expect some pretty spectacular views over the USA and Canada, particularly if you’re flying all the way to the west coast.

Remember, you can apply for ESTA online at any time, and you’ll receive your approval status by email within 24 hours. You will need this to get on the plane, so it’s best to get it sooner rather than later.