New screening technology from the TSA 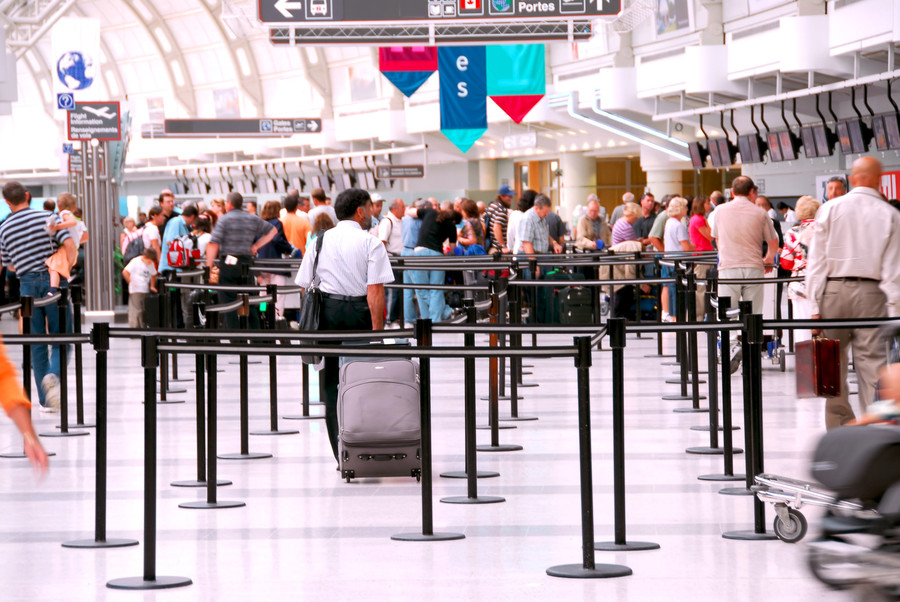 As many travelers around the world are submitting their ESTA applications and preparing their summer vacations to the USA, the TSA is consistently working to ensure smoother and more secure screening procedures.

The TSA is the Transportation Security Administration in the USA, and works as an agency of the DHS (Department of Homeland Security). It was created as part of the response to the September 11 terrorist attacks in New York in 2001, and is responsible for ensuring enhanced security in terms of air travel, among other things. A large part of this role involves employing screening officers in airports and developing new, innovative procedures for screening travelers.

As part of this objective to operate with continually improving screening procedures, the TSA has just launched a 3D checkpoint scanning technology trial at two US airports, in collaboration with American Airlines. While this may just sound like technical jargon, it is essentially a method for scanning carry-on luggage in 3D as travelers go through security.

The process for travelers is essentially the same; when you are going through security at the airport, having already checked in your hold luggage, you place your bag and personal items on a conveyer belt – just like before. However, you’ve probably seen the screens by the belts before, showing the X-ray images of the bags going through; instead of this, security agents will have fully three-dimensional images of the items. This is achieved by taking hundreds of images of the items with an X-ray camera, which spins around the conveyor belt. This gives security agents the ability to move the image around, and zoom in and out of any sections they want to see in more detail. Then, as with the usual method, if they are unsure about anything, they will open the bag and investigate further.

This is the same type of technology used with checked baggage in fact, however new technology means that similar, smaller machines can now be used at security lanes. It also uses algorithms to allow for the better detection of explosive items, firearms and any other banned items. The trial is currently being conducted at one security lane at Phoenix Sky Harbor International Airport (PHX), and another at Logan International Airport (BOS) in Boston. When travelling through these airports, some passengers are asked whether they would like to volunteer in the trial.

However, beyond the enhanced security prospect that this new technology offers, there are also additional benefits to travelers. Given the significantly clearer images that the machines offer, the idea is that they will eventually permit passengers to not have to remove liquids, gels, aerosols and laptops from their bags. In turn, not only would this be more convenient for travelers, but it could also drastically reduce waiting times during the screening process (the TSA estimates that waiting times could be dropped by 30%). During these trials, however, passengers will still be required to remove these items.

The airports chosen for the 3D scanning trials, in Phoenix and Boston, were selected primarily due to the fact that they are primary hubs, and because of the number of American Airlines flights operating out of them. Though at the moment the tests are only being conducted in these two airports, if they are perceived as a success by security staff and travelers, they could very well be rolled out across other airports across the country, and even internationally.

As well as these 3D checkpoint scans, the TSA is also testing another new screening process in Atlanta and Denver. This consists in using fingerprint screening at checkpoints, with a view to eventually lose the need for boarding passes and ID documents at these points. Delta Airlines are also using similar technology to grant passengers access to one of its airport lounges in Washington; the next step of this plan will be to have travelers use their fingerprints instead of ID to check in a bag and get on flights. Furthermore, American Airlines, as well as a few other airlines, are testing automated screening lanes at various airports across the USA, designed to process travelers faster.

The drive to enforce more advanced screening processes in airports comes at a time in which the threat of terrorism is evolving on a global scale. The TSA, and the DHS on the whole, is fully aware that security needs to be constantly strengthened, and yet at the same time it is important to ensure that travel is still comfortable and positive for the millions of travelers going through US airports each year. As these recent measures show, it is perfectly possible to have greater security in place while actually smoothening the whole process for passengers. The entire procedure can be less invasive and more secure simultaneously.

It is within this context that the TSA initiated the ‘Innovation Task Force’ last year. The task force is a public-private collaboration, whose objective is to help establish and trial new, innovative security technologies. In part, it is the trial phases of this responsibility that are most significant, as it gives the TSA the opportunity to test out ideas, which may still be at very early stages in development, in a real life environment.

Computed tomography (CT) technology, which is a way of displaying cross sections of bodies or solid objects using X-rays or ultrasound, is one of the pillars of how the Innovation Task Force are moving forward in establishing new tools and techniques for screening people and passengers. Another key component of their work is the use of biometrics, to provide a better awareness of who passengers are and when they are travelling. The idea behind using biometrics in security screening is primarily focused on the use of fingerprints and even retina scanning among travelers.

As we saw recently, there is even a possibility of seeing such biometrics incorporated into the Visa Waiver Program. A suggestion would be to have travelers register their biometric information at a US embassy in order to be able to apply for ESTA – this would only need to be done once, and all future online ESTA applications would not require this phase, as the information would already be available to the DHS.

In terms of citizens of Visa Waiver Program member countries traveling to the USA with ESTA, there are no differences to the process for the time being. As always, citizens of these 38 countries participating in the program can apply for ESTA online (the Electronic System for Travel Authorization). If approved, they are able to travel to the USA for periods of up to 90 days a time without the need for a visa. The ESTA lasts for two years, and can be used as many times as the traveler needs within this period, provided that the conditions of the Visa Waiver Program are always met.

To apply for ESTA online, travelers simply need to fill out the online ESTA form, which asks for their passport details and covers a range of security questions. The automatic system then cross references all of the data included on the ESTA application with a range of national and international databases, in order to assess whether the applicant is eligible to travel with ESTA. The whole process only takes around ten minutes, after which the applicant is informed as to whether the application has been approved or not within 24 hours (and normally much sooner).

Provided the application is approved, the ESTA becomes valid immediately, and will remain valid for a period of two years. The only exception to this is if the applicant’s passport expires during this two-year period, in which case the expiration date of the ESTA will be the same as that of the passport. For this reason, it’s a good idea to check how long is left on your passport before applying for ESTA online. Once the ESTA expires, travelers can submit a new ESTA application just like before – there is no renewal option, but given the speed and ease of the form, it’s just as easy to complete a new application.

In times when many travelers have a heightened awareness of security needs themselves, the TSA are working meticulously to reassure the nation, and the world, that it is implementing the most up-to-date and advanced technology in its continued efforts to protect travelers and the country itself.

As a citizen of a Visa Waiver Program member country, it is easier than ever to get almost immediate travel authorization and visit this vast and unique country for yourself. Just apply for ESTA online and get those flights booked!