Visiting the USA in Autumn with your ESTA 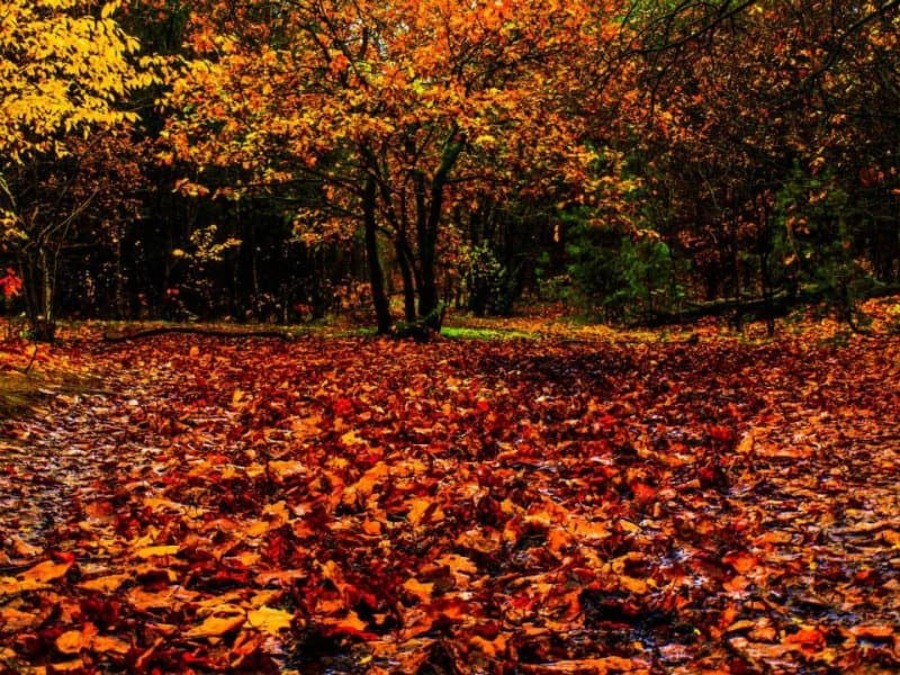 The holiday season is far from over. Thanks to the Visa Waiver Programme, as soon as you have your ESTA, you’re just a flight away from experiencing what Autumn has to offer in the USA…

As we say goodbye to the summer, many travellers make their way over to the US, where a phenomenon called an Indian Summer regularly takes place from late September to mid-October and is very well received.

The term Indian summer applies to periods when, after the Autumn equinox, an unusually warm and temperate spell of weather arrives. People will often find themselves in shorts and a t-shirt amidst the sea of red and yellow leaves that the autumn portentiously brings to announce the changing of the seasons.

Sometimes, especially in the US, when a warmer period occurs after the autumn has technically begun, it is referred to as an 'Indian summer', a bizarre name given to the meteorological phenomenon. Some wonder where the phrase comes from. The Met Office Meteorological Glossary was first published back in 1916, and described the Indian summer as 'a warm, calm spell of weather occurring in autumn, especially in October and November’.

We may never know exactly where the phrase comes from, as it clearly has nothing to do with India. Over the years, some writers have suggested that the phrase may originally actually have to do with favourable warm weather conditions that would have allowed Native American people to continue their hunting season beyond the usual time period.

Though we may not know the exact origin of the phrase, it is clear that it was first used in the eastern United States, known for its beautiful stark change of seasons such as in their maple tree leaves. The first time we see the phrase appear in the written word is in a letter written by a French man named John de Crevecoeur back in 1778. He is describing the Mohawk country when he says "Sometimes the rain is followed by an interval of calm and warm which is called the Indian summer."

In the UK, the term does not come into usage until the early 19th century when it actually gained widespread usage. The warm early autumn weather was sometimes known as “Saint Martin's summer" which was a term regularly used in Europe depicting said warm weather around the 11th of November (which is Saint Martin’s Day).

Although the phrase refers to a specific time of the year, there is actually no statistical evidence that points to these temperature variations occurring more frequently during this time of the year. That said, the possibility of being able to savour the last moments of the year’s warm season is widely accepted as a happy occasion.

Where in the US specifically should you go to experience this beautiful phenomenon? New England in the US truly is the most remarkable place to see what an Indian Summer is all about, but choosing the best place is tough, as there are so many gorgeous cities as options. One place that will leave you breathless is New Hampshire’s White Mountains, known for their showy red maple leaves as well as all the sweets that are made from their delectable maple syrup.

If you would like to experience New York and still catch some flora outside of the city, the Catskill Mountains are a known perfect spot for fishing most of the year. If you’re not a fisherman, there are plenty of other options for you to get out of the city and connect with nature, such as taking a nice hike or even meditating (there are three monasteries – two Tibetan and one Zen) in this little colourful, unexploited gem near the concrete jungle.

Have you ever heard of Cape Cod? If not, you’re in for a treat. The Cape Cod Regions are made up of Cape Cod and the islands of Martha’s Vineyard. For wine lovers, this is a beautiful place to taste something new. Despite the name, Martha’s Vineyard produces very little wine but the wine it does produce is sure to leave you impressed.

Nantucket is also a region in Cape Cod that will not leave you indifferent. If you like golfing, there is an actual Indian Summer golf event taking place in Cape Cod every year, this year it will be on 27th – 30th September. The beautiful beaches with rolling dunes are picture worthy, and the internationally renowned seafood and other treats such as homemade ice cream, make it one of the world’s most romantic places to visit. For those of you looking for a little more action, there are endless amounts of water activities to partake in at Cape Cod that will ensure your travel is spiced with a little adventure.

However, if it’s peace you’re after, then Nantucket is the place in Cape Cod for you. The beaches are always perfectly clean, and for photography amateurs, the lighthouses are straight out of a postcard. You will not even need a car, which is unheard of in most of the United States. Because you can arrive in Nantucket by taking the ferry over and then rent a bike to travel with, you do not need to leave much of a carbon footprint during this trip. And if you’re a wine lover, Nantucket produces some really interesting wines and also hosts the nationally famous Nantucket Wine Festival. However, we must point out that camping is not allowed on this island, sadly.

Speaking of camping, are you a glamper? For those not in the know, glamping is like camping but with a little more glamour. The United States is arguably the pioneer in glamping, where raw nature is able to reconcile with modern lifestyles. For those of you who have a difficult time giving up modern comforts but would still like to experience the more remote and untainted parts of the world, glamping offers the perfect opportunity for this. An Indian Summer is probably the best time of the year to go glamping.

If we had to suggest one place in the United States to get your Indian Summer glamping on (and you definitely should at least once in your life), we can think of no better destination than California. The windy cliffs overlooking the Pacific, the meadows of wildflowers inside the iconic national parks you’ve only ever seen in magazines; these are some of the myriad places California has to offer in terms of glamping. In fact, they even have a safari park in San Diego, where you can pack up and stay for a sleepover! Sleepovers in the park include a plethora of camp activities that are sure to please everyone in your group, as well as an after-hours visit to the wild lives of the animals. For those of you looking for a little action, there are also guided walks, and a campfire program. Do not fret, dinner, an evening snack, and breakfast are all included in the package.

For most glamping locations, every simple necessity such as bedding and meals is usually included, though some sites may ask you to bring your own sleeping bag and pillow. Also, California is so vast and diverse you can absolutely turn this trip into a longer one, combining nature with the city lights of Los Angeles.

The easiest way to get to the United States, especially if you make use of the last minute deals you often find this time of the year, is by getting an ESTA instead of a more cumbersome visa. The ESTA is the Electronic System for Travel Authorisation, which allows you to visit the USA for up to 90 days at a time without having to get a traditional US visa. The entire application process can be done online, making life a lot easier by forgoing the need to get an official appointment at a US embassy or consulate to get a visa. After you answer the ESTA questions online, you receive your approval status at your given email address within the following 24 hours. As well as making the application process a lot easier and more accommodating to our busy schedules, the cost of an ESTA is substantially lower than that of a US visa.

Remember that the US ESTA lasts for two years, or until your passport expires (whichever comes first). Once your application is approved, you will be permitted to travel to the United States mainly as a tourist or on business, although there are a few other exceptional travel purposes such as short-term study, transit travel or medical procedures. During the two-year validity of your ESTA, you may travel to the USA as frequently as you like under the Visa Waiver Programme, but only for up to 90 days during any one trip. All in all, the ESTA makes travelling to America much more affordable during this beautiful time of the year.