The USA and Cuba: a puzzled relationship 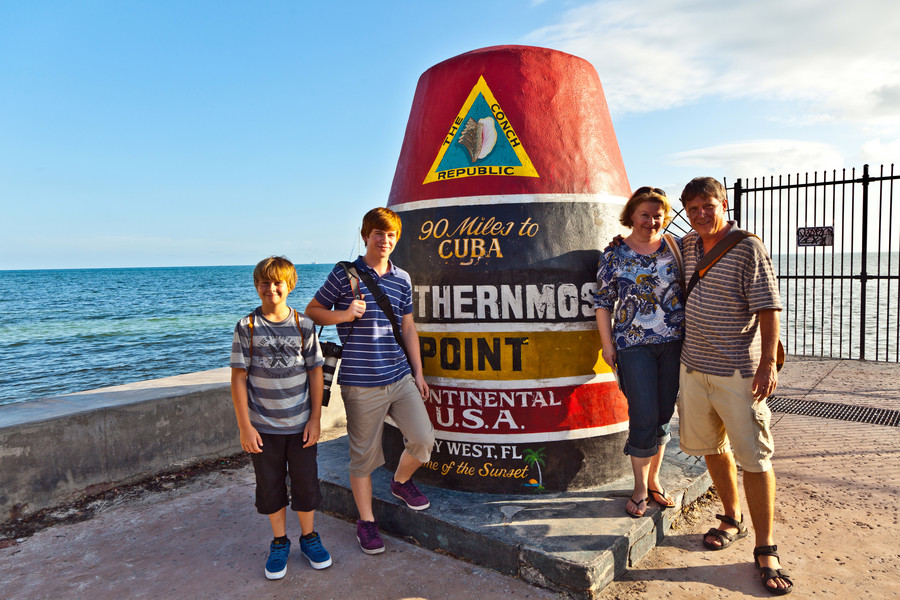 On 25 November, the world received news of the death of Fidel Castro, Cuba’s former revolutionary leader who governed the country for some 47 years. The historic event also proved to be another window into Cuba’s relationship with the USA, as well as the reactions of many Cubans and their descendants who chose the USA as their home.

As citizens of Visa Waiver Program member countries, it’s long been the case that we can travel to the USA as tourists, or on business, without much hassle in terms of paperwork. The ESTA – or the Electronic System for Travel Authorization – allows us to visit the USA without the need for a visa, for periods of up to 90 days at a time. But this good fortune is far from what Cubans have ever had.

Diplomatic relations between the two countries were cut off in 1961, during the time of the Cold War. Prior to this, up until 1902, Cuba had actually been a ‘protectorate’ of the USA, which is currently what territories such as Puerto Rico and the US Virgin Islands are considered. In fact, the ESTA allows citizens of VWP countries to visit these ‘protectorates’ without the need for a visa, and so had Cuba never gained formal independence from the USA, becoming a republic, it would perhaps be possible today to visit Cuba with an ESTA. However, this is far from the case.

At the time that diplomatic relations were severed between the two countries, Fidel Castro had led a revolution there, taking over leadership and jeopardizing the role that the US had previously had there. Prior to Castro, the USA had such an influence in Cuba that people often viewed the American ambassador as more important than the Cuban president. Castro began nationalizing US businesses and properties in Cuba, setting out a socialist regime that was highly inconvenient to their northern neighbors. In retaliation, the US put in heavy trade restrictions, leading Cuba to import much-needed utilities from the USSR – another red flag for the USA.

As time went on, the relationship continued to sour, and the USA set up assassination plots to take down Castro on multiple occasions. Meanwhile, having installed a communist regime, Castro achieved high levels of health and literacy in the country, but not everyone was pleased. Many middle class and upper class Cubans chose to emigrate, and the USA was most often the destination of choice; not only was it the closest neighbor, but life in the USA was more akin to what Cuba had been like prior to the revolution. Both countries facilitated the movement of Cubans to the USA, but tens of thousands of Cubans also died in attempting the journey in small boats and rafts. This mass emigration continued into the 1990s, and its estimated that over this time some 1.2 million Cubans made their homes in the USA.

As part of this mass migration, in 1980, 125,000 left Cuba for the USA. Whilst many were middle and upper-class citizens, Castro also sent political and economic refugees, as well as mental patients and convicted criminals, without alerting or seeking approval from the USA.

When the Soviet Union dissolved, Cuba lost its main source of trade, and consequently the main supporter of its economy. Having lost 80% of its trade, quality of life and living conditions in Cuba declined rapidly. Still, Cuba remained an isolated, struggling island for decades to come, and the effects of this are still widely felt there today. In recent years, Cuba’s policies have opened up somewhat to foreign involvement, and Barack Obama was pivotal in re-establishing diplomatic relations in 2015.

Now, in 2016, the USA is home to around two million people who claim Cuban ancestry. Though they are present across the breadth of the country, Florida is particularly noted for having a large Cuban community, predominantly owing to its close geographical proximity to the island. Such a large population has had a huge influence on culture and lifestyle in Florida today, particularly around Miami, and this in itself has become one of its attractions for visitors. In fact, just this year Miami was noted as being the second most attractive tourist destination in the USA for overseas visitors, only after New York.

Of course, the international community caught a glimpse of Cuban heritage in Miami this week, after the death of Fidel Castro. Whilst in Havana, crowds of Cubans flocked to Revolution Square to say their final goodbyes to Castro, it was quite a different story in Miami, where celebratory parties went on throughout the weekend. So why such disparity? Well, those who live in Cuba have all embraced the system set up by Castro to some extent, and whilst opinions still differ greatly, many are extremely grateful for the free healthcare, education and social services. However, on the other side of the Straits of Florida, Cubans and Cuban descendants in Miami feel like their compatriots have been freed from an oppressing regime, to which they were blind. Of course, these were the people that chose to leave the country, and who have fostered the daily life of a very different community.

However, Cuban-US ties are still very much a matter of great uncertainty, given the recent election of Donald Trump. Trump, who was quick to criticize Castro upon news of his death, has threatened to terminate the deal set up by Barack Obama if the country does not offer better conditions to its own population, Cuban-Americans and the USA as a whole. Whilst not having offered much elaboration of this threat yet, if he were to go ahead with it, Cuba would again be faced with extreme trade restrictions and a travel ban. The timing of this statement is already filled with a great amount of speculation and uncertainty in the USA, and across the globe, but has a particular resonance for Cubans. Having had Castro guiding relations with the US for decades, whatever the near future holds for them will be carried out in an altogether different context, with different players and stakes at the heart of it.

As part of this historic week, and by pure coincidence, the first, regularly scheduled, commercial flight into Havana was run from the USA for more than five decades. There was a flight from New York, and another from Miami. With a journey time of just 45 minutes from the latter, it’s hard to imagine this having been such a difficult journey to make in the past, but it serves as a symbol of warming relations between the two countries. Many other operators are expected to set up regular flight services to Cuba in the coming weeks.

It’s a very interesting time in American history, and onlookers will be observing Cuba-US relations very closely during Trump’s first months as president. Another thing that will be closely observed internationally will be Trump’s effect on the Visa Waiver Program. Previously, he had called for ‘extreme vetting’, and even suggested a possible end to the Visa Waiver Program. However, no further comments have been made on the matter, and it’s very unlikely that we’ll see the end of this mutually-beneficial travel authorization scheme.

The Visa Waiver Program is still very much in force, and it allows citizens of some 38 countries to travel to the USA without the need for a US visa, if traveling for tourism or business, among other purposes.

To qualify, applicants simply fill out the online ESTA form, which asks them a range of questions and requires them to give their passport details. If approved, they are then eligible to travel to the United States visa-free. The whole process is automatic, and ESTA holders are not required to carry any of this documentation with them when visiting the US (though it can be useful to print out a copy, as airlines sometimes require it).

Once approved, the ESTA is valid for a period of two years, starting from the moment the applicant receives the authorization via email. During this two-year period, people with ESTA can travel for periods of up to 90 days at a time, providing that they are always adhering to the terms and conditions of the Visa Waiver Program. The only exception to this two-year validity period is if an applicant’s passport expires during this period, in which case he or she will receive an ESTA authorization that states the passport’s expiration date as the expiration date of the ESTA.

It’s a fascinating time to visit the USA, and, as you can plainly see, citizens of Visa Waiver Program member countries are extremely fortunate to have access to ESTA. Apply for ESTA online today, and get your historic journey started.