Thanksgiving is over, and you know what comes next… 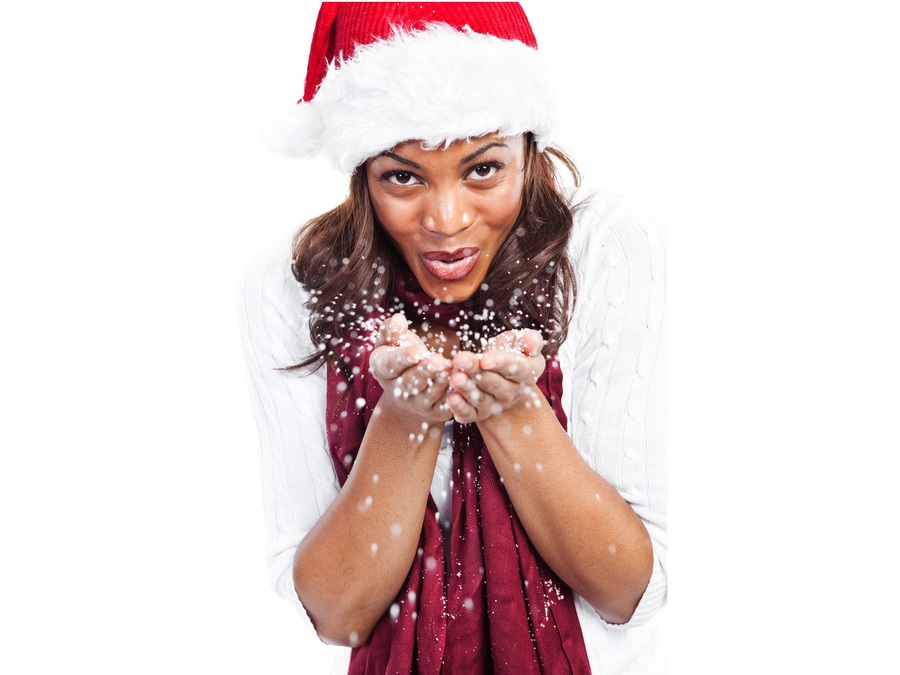 In typical fashion, the year has swept by and we’re only left with one month of this eventful year! Naturally, over in the States, Christmas is beginning to unfold…

The USA tends to take Christmas seriously, which marks December as an extremely popular time of year to visit. Thanks to the Visa Waiver Program, citizens of countries that participate in this program can travel to the USA without a visa, using the ‘Electronic System for Travel Authorization’, or ‘ESTA’. And as we welcome in (or reluctantly embrace) the new month, you’re still in good time to apply for your ESTA online and book a pre-Christmas trip to the States.

So what might it have in store for you (quite literally)?

Well first of all, let’s look at how Christmas all gets underway in the USA. As you may well be aware, the fourth Thursday in November marks Thanksgiving in the States. After a day of excess eating and spending time with the family, there are no longer any official distractions leading up to Christmas. And thus, the day after Thanksgiving is known for being the busiest shopping day in the country; in case you missed it, it’s known under the name of ‘Black Friday’.

Having now spread across the globe, Black Friday is still the chaotic shopping frenzy it always has been in the States. Shops seem to open earlier and earlier, so as to get the greatest number of customers possible in for their promotional sales. It’s been the busiest shopping day of the year since 2005, even beating the Saturday just before Christmas. This is because employers often give their employees the day off on the day after Thanksgiving, granting them plenty of time to indulge in the shopportunities. Additionally, this is the last national holiday before Christmas, and so many see it as the ideal time to get a head start on the gift buying process.

Whereas stores commonly opened at 6am on Black Friday, it became normal to see them opening earlier and earlier, with some major retailers opening at midnight and others actually remaining open from Thanksgiving evening. Those who were particularly keen to grab a bargain started to camp outside of storefronts the night before to ensure they were in with a shot of grabbing the best bargains the following day.

With so much pressure on Black Friday, many retailers started to spread it out across several days or a week. And as a typical part of this evolution, Cyber Monday was born! The name might be slightly cooler, and suggest a focus on technology in some way, but this simply refers to the sales being exclusively online. In fact, technology sales are far greater on Black Friday, whereas Cyber Monday seems to be far more popular for fashion sales. Generally speaking, Cyber Monday is an opportunity for smaller retailers to offer their bargains online, and it doesn’t tend to extend into physical shops.

Of course, shopping doesn’t stop after this weekend, and you’re sure to see busy high streets right up until Christmas weekend itself. Often the most popular shopping destination for visitors is New York, as you might expect. Some of the major stores are well known for offering big Christmas discounts. At the same time, New York offers its tourists with a great glimpse of what Christmas is like stateside, with no expense spared when it comes to extreme decorations, dressed-up Santas and the constant sound of bells ringing through the cold, winter streets. Philadelphia and Massachusetts are also very popular east-coast shopping destinations, offering certain tax benefits. Being on the east, flights to these destinations are often cheaper for European travelers, so it’s worth keeping an eye out for bargains to New York, Boston and Philadelphia.

So, once everybody has indulged in the extreme shopping over the weekend following Thanksgiving, it’s safe to say people are in the ‘Christmas spirit’, whether that’s a good thing or a bad thing! Christmas trees are put on display, as well as street lights and general decorations (if they weren’t up already!). With a bulk of the shopping out of the way, or at least in some cases, the focus can shift onto other things...

Some of the most famous Christmas markets in the USA can be found in Chicago, New York, Washington DC and San Francisco. Some markets go for an old-timey feel, recreating an ambience of Christmas of centuries past, for example, whilst others adopt the more common German theme. In the latter, you can expect your fair share of German music, bratwurst and ornaments (and the traditional attire to go with), with a whole host of family-oriented activities throughout the daytimes.

The main part of Christmas itself is celebrated on the 25th December in the USA. As is often the case, there is a large focus on spending time with family and friends, as well as sharing gifts (justifying the long-forgotten mayhem of Black Friday!). However, there are a couple of traditions that seem to be rather well-rooted in the USA. For example, sports are often a priority on the 25th. There tends to be a major NBA or NFL game after Christmas lunch, when the family is too stuffed to move. Another, quirkier, tradition is that of the ‘Christmas pickle’. Thought to date back to the 19th century, the Christmas pickle is a tree ornament designed to look like a pickle, often made of glass. It is hidden in the Christmas tree, and the person who finds it gets a special dose of good fortune in the year to come.

Taking part in a USA-style Christmas is perfectly easy for citizens of Visa Waiver Program member countries. At the moment, there are 38 countries in this program, whose citizens are all entitled to apply for ESTA online. The ESTA allows them to travel to the USA without the need for a visa. It is valid for tourism trips and business trips (as well as some other specific cases), which makes it ideal for quick Christmas-themed explorations and shopping voyages.

The ESTA itself is valid for two years from the time you get your approval, which is sent to you via email. The only exception to this is if your passport expires beforehand, in which case your ESTA runs out on the same date. With the ESTA, you are allowed to remain in the USA for up to 90 days at a time, as many times as you choose during the two-year validity of the document. Unlike with the traditional visa application process, this also means that you don’t have to go through the long, bureaucratic procedure of organizing interviews in US embassies and consulates, filling in forms, sending off your passport, etc. In fact, there’s no paperwork involved whatsoever when you apply for ESTA online, as the whole process is entirely digital.

The online ESTA application itself will take you around 10 minutes to complete. Before you get started, make sure you have your passport to hand (check when it expires too, as you may find that it’s worthwhile for you to renew your passport before getting your ESTA, saving you from having to apply for ESTA again in the near future). The application form consists in a range of questions, which are all there for the sake of national security. Answer honestly and don’t feel intimidated by them!

Once you’ve provided your details and filled out the form, your ESTA application will be looked over for errors or omissions by one of our travel experts. This is just to make sure that your application has the best chance possible of being approved. The vast majority of applications that we process are approved, but in the unlikely situation that yours isn’t, we offer a full refund. Once approved, you can travel to the USA immediately. Your ESTA comes with a personal approval number, which may be useful for you to make a note of. However, your authorization is attached to your passport digitally, and so you are unlikely to have to show this to anybody.

This year, more flights than ever are flying from Europe into the States, as well as from all over the world. This means that prices have never been better, and it’s far more feasible than ever before to spend a short break in the USA whilst getting some Christmas shopping done. What’s more, next year is already set to introduce even more budget routes into the States. Apply for your ESTA online, and grab yourself a pre-festive bargain to kick your Christmas off to a good start!