Practical Jokers in the USA 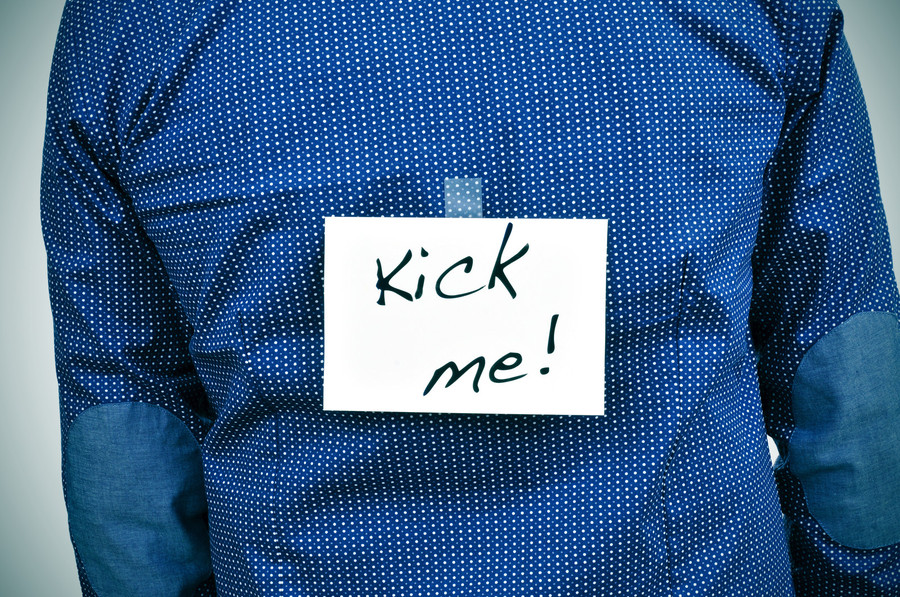 Now we’ve kicked off the month of April, if you’re heading over to the USA you’re at less risk of being fooled by the smart wits of American pranksters, as is tradition on April 1st. Nevertheless, the fact that you don’t need a visa to travel to the USA, as a citizen of a Visa Waiver Program member country, remains 100% true. You simply need to apply for ESTA online and away you go.

April 1st, or ‘April Fools’ Day’, has been a tradition around the world for centuries. However, it’s fair to say that some of the greatest April Fools’ pranks of all time can be attributable to smart and mischievous Americans. This year, many brands in particular took to social media to announce surprise product launches and activities, such as H&M teaming up with Mark Zuckerberg on a clothing range, consisting entirely in grey t-shirts and jeans. DVD and game rental company ‘Redbox’ put up an advert appealing for applicants to apply for a job to sit inside their infamous vending machines to dispense products. Meanwhile, the state of Texas informed the public that it would be reverting to its own currency, ‘Texas Redbacks’.

As per usual, April Fools’ jokes caused hilarity as well as anger, however, it’s fair to say that none of them were on the scale of amazingly thought out pranks of years gone by. Here we’re going to run through some of the most impressive April Fools’ stunts in the USA to date…

Back in 1974, panic struck in Sitka, Alaska on the morning of April 1st. The city borders a volcano that hasn’t erupted for over 4000 years. Unsurprisingly, city residents were shocked to see booming clouds of black smoke emerging from its crater. In actual fact, a local man who went by the name of ‘Porky’ Bickar had launched hundreds of old tires into the volcano, which immediately ignited and caused the terrifying smoke. It turned out to be the climax of a prank that had been in the planning stage for four years, and which culminated in the words ‘April Fool’ being spray-painted onto the mountain side in 50-foot letters.

Needless to say, residents were watching on in terror before the prank was revealed. Perhaps this example is a little extreme, but fabulously executed nonetheless.

In 1998, American fast food giant Burger King gained itself some wonderful publicity as it claimed to be launching ‘the Left-Handed Whopper’. Left-handed diners were informed that, finally, a product had been launched to suit their needs; the burger contained all of the ingredients as the original whopper, only each one was rotated 180 degrees.

Despite revealing the falsity of the statement the next day, apparently thousands of customers had gone in to Burger King branches to specifically request the left-handed burger, whilst many others requested a right-handed version.

The concept of launching a product specifically designed for left-handed people is somewhat a tradition in itself on April Fools’ Day. Another famous example was the left-handed Mars bar, in 1996. The confectionary giant claimed that left-handed consumers had been opening the chocolate bar the wrong way round all this time, and were thus ‘eating against the chocolate flow’. To avoid further issues, the bars would subsequently be labelled ‘L’ and ‘R’. Americans have also borne witness to supposed left-handed golf balls, pizzas, cell phones and even pet dogs!

In 1934, what initially began as a prank in Germany made its way to the USA, where it was unanimously believed. The newspapers that actually published the story, and accompanying photo, did so without realising it was a joke, thus making it a particularly impressive April Fools’ prank.

The story was based around a new invention; a flying device that was worn around one’s torso, activated simply by breathing into a large, tubular construct. The theory was, by breathing into the device, rotors would be activated, and the subject would immediately begin to fly. The ‘pilot’ had a steering mechanism, as well as specially designed landing skis. Having been published by many newspapers, it took a while for this one to be revealed.

It’s rather amazing to thing that, while April 1st remains a day of practical jokes year in year out, we never seem to learn. Way back in the nineteenth century, in 1878, Americans were made to believe that technological pioneer of the age, Thomas Edison, had created a ‘food machine’. Specifically, Edison’s supposed food machine could turn soil into food and water into wine. The theory was that certain combinations of air, earth and water could produce meat, vegetables, biscuits and wine, and the public were perfectly happy to believe it (well, who wouldn’t be?).

Over 100 years after the Edison trick, we remained as gullible as ever. On April 1st, 1992, a team of people working at a race track laid down a huge, 85-foot long banner that read ‘Welcome to Chicago’. Thus, it was with mild panic and confusion that passengers responded to this sign, which was placed on the flight path to Los Angeles Airport, just 3 miles away.

Geography has often featured in successful April Fools’ Day pranks; in 1983, Americans were warned of the impending extinction of the USA’s last remaining “spring of natural fondue”. To this end, expert cheese rangers were to be dispatched in an attempt to control visitors from tucking into the natural cheese spring. In a similar fashion to the ‘Welcome to Chicago’ prank, a man in Milwaukee recently painted the words ‘Welcome to Cleveland’ on his roof in giant letters, as it was also in a flight path close to an airport.

The World will end tomorrow

Granted, some of these examples are more extreme than others, but this is perhaps the most drastic. In 1940, the Franklin Institute in Philadelphia issued a press release, sending a declaration to the people that the world would end the very next day. What started out as a debatably innocent April Fools’ joke quickly escalated – radio stations picked up on the story and announced to their listeners that their worst fears had been confirmed, and that the world would end at 3pm the following day. In fact, radio announcements explicitly stated that it was not an April Fools’ prank! Naturally, frantic phone calls flooded the lines, as people were genuinely convinced that the planet was imminently doomed.

The aftermath of the prank revealed that the institute’s press officer had released the statement to encourage people to visit an upcoming lecture, entitled ‘How Will the World End?’. Unsurprisingly, the press officer was fired pretty quickly.

The one lesson that all of these clever little tricks can teach us is to keep an eye on the calendar; to be cautious when exposed to farfetched information on the one day of the calendar when pranks are inevitable. Nevertheless, it’s also inevitable that we will continue to be fooled for all eternity, and that corporations, newspapers and even local authorities will continue to test our gullibility.

Fortunately, we can be assured that the Visa Waiver Program has pulled no such trick, and that citizens of countries that participate in the program can continue to travel to the USA, for business or tourism, without the need for a visa. Instead, travellers can simply apply for ESTA online, and receive travel authorization within 24 hours. This travel authorization allows you to travel to the USA for periods of up to 90 days at a time, and remains valid for 2 years from the date of approval. This makes it the ideal travel documentation for people visiting the USA as a tourist or on business, whilst those who wish to live or work in the USA will still need to go down the traditional route of getting a visa.

In order to receive your ESTA, you simply need to fill out a quick online form, which takes around 10 minutes. You’ll just need to enter a few details, including information from your passport – bear in mind that, if your passport expires before the two-year term of your ESTA, the ESTA also becomes void. For that reason, it’s always a good idea to make sure you have at least two years left on your passport before applying for ESTA.

Don’t be a fool, and order your ESTA online a few weeks before traveling!