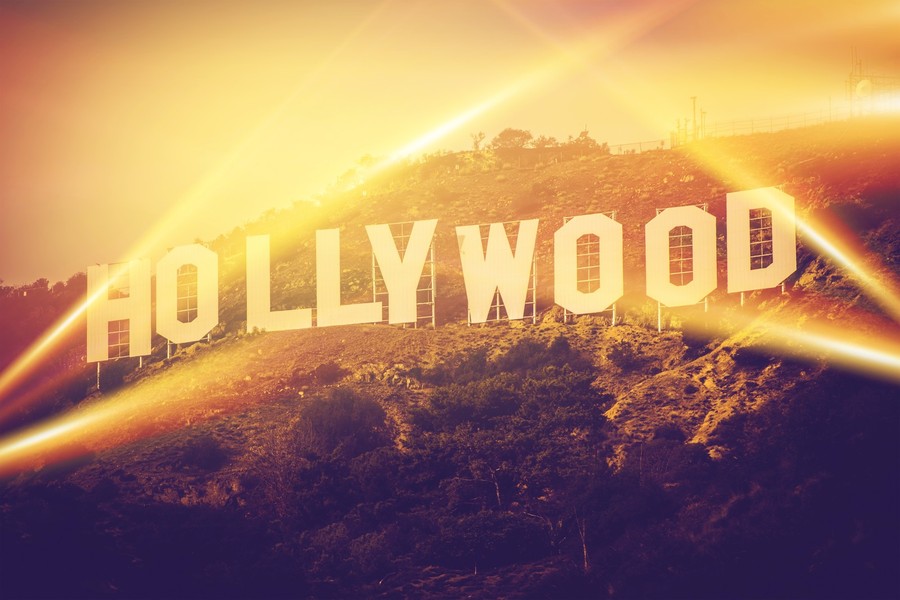 The USA is perhaps the most widely referenced country on the planet.

Its cultures, landscapes, politics, and intricacies of all kinds are portrayed in all sorts of ways. We all have a unique vision of what the USA is or might be, just as we do with our own countries, and much of this comes from those slices of US life that make their way into our lives, whether that be through products, music, art, literature or film.

Of course, the best way to build a real vision of this country is to visit it for yourself. As a citizen of a Visa Waiver Program member country, you can travel to the USA with ESTA as a tourist or on business. This gives you the chance to really explore the depths of this vast and ever-changing country, and is easier now than ever. You can apply for ESTA online, and have your travel authorization within 24 hours – no need for a visa.

That said, even when you do visit the USA with ESTA, it’s likely that you’ll still have certain images in the back of your mind, which warp the way you see the country. For example, we recently looked at how music captures the essence of the USA; this included the sound of freedom that the ‘Star-Spangled Banner’ echoes, the funky soul of James Brown’s ‘Living in America’, the lost wanderings of Simon and Garfunkel’s ‘America’, and the young party scene of Miley Cyrus’s ‘Party in the USA’. Four totally different perspectives, and yet each equally valid and meaningful.

In this article, we will be looking at how the ‘Land of the Free’ is portrayed in popular films. Of course, this is a never-ending list, so we’ve selected a handful that remain classics, in one variety or another, to this day. Each of these movies explores a different aspect of the USA, and evokes a different feel of what this unique nation has to offer its citizens and visitors, in wondrous, silly, funny and romantic ways.

To kick off, it’s only fair to start with a true twentieth century classic…

Though by an English director, Alfred Hitchcock, North by Northwest shoes a unique and vivid view of the USA. Released in 1959, North by Northwest sees Cary Grant in a suspense-filled case of mistaken identity. The film is commonly referred to as one of the best movies ever made, and it’s easy to see why as, with a constant backdrop of suspense, its smart and gripping narrative is combined with the most meticulously chosen shots of vast US landscapes. This includes the famous shot of Cary Grant running through a field, being chased by a crop duster, and another iconic chase scene on the Mount Rushmore monument.

It is said that North by Northwest was the inspiration for the name of the annual South by Southwest music festival, and is also referenced in countless films and television shows that pay homage to the film.

When exploring the USA through film, it would be foolish to miss out Sean Penn’s 2007 film ‘Into the Wild’, adapted from Jon Krakauer’s book of the same name. This film tells the true story of Christopher McCandless, a young American who decided to abandon the secure fate that followed his graduation and, donating his savings to charity, explored the USA.

The film is both inspirational and tragic, as McCandless meets other itinerants, fascinating characters, and explores the untouched wilderness of Alaska. Hunting and gathering his own food and living in an abandoned bus he called ‘the magic bus’, the free spirit tragically died at just 24, but his ethos and objectives have lived on, and this story has been the source of much inspiration for viewers across the world.

There are so many gangster-based films out there, but Goodfellas presents its case with true style. Shot by Martin Scorsese in 1990, the film centers on an Irish-Italian American, Henry Hill, and his daily life as a member of the mafia. As he starts out doing petty crime, he soon builds his way up to being a senior part of the mob, all within a context of achieving a life of luxury; the ‘American dream’.

The film is based in Brooklyn, New York, and shows a very unique side to the city. Along with many other mob films, Goodfellas paints a dark image of the Big Apple, but somehow adds to its cultural appeal. Countless films based around New York life have certainly contributed to it being one of the most popular tourist destinations in the USA.

Set in Michigan and released in 1999, American Pie was among the first of a fad for American teen comedies. Telling the story of a bunch of naïve high school boys, American Pie became a worldwide hit, with many films afterwards trying to recreate the formula and goofy comedy that it established.

Plotline aside, American Pie shows a kind of snapshot into American high school life. Though of course it is fictional, many US films use high school life as their central premise, including The Breakfast Club, Mean Girls and Grease. There’s something unique about how being a school student in the USA is depicted; often including cheerleaders, football teams and gossip outside of lockers, it manages to make it look appealing and horrendous at the same time.

Far from the light-heartedness of American Pie, Fargo is one of the Coen Brothers’ most popular and successful movies. Filmed in 1996, Fargo could also be classed as a dark comedy, though its central theme is pretty dark and focused around a car salesman in Minneapolis who is desperate for money. In order to get a quick payout, he arranges a fake kidnapping of his wife, but naturally, it all goes terribly wrong.

This film it set amidst amazing images of the cold, hostile Minnesota winter. The cast’s exaggerated accents and the slowness that surrounds the never-ending snow-covered landscapes create a very singular vision of the very north of the USA, right on the border with Canada. 12 years after the success of Fargo, a TV show of the same name was commissioned, and was also a huge success. Whilst the plotline is different, the series also captures the same bizarre tone that the film did, with strangely enticing characters and an insight into a part of the USA that surely can’t really be like that!

To finish off this brief selection of films that capture the USA, what better way to end than with one of the most popular and successful road trip films of all time. Ridley Scott’s 1991 film does not follow the typical, care-free attitude of road trip films, but rather follows the story of two women on the run from the law. Driving west from Arkansas with a view to then go south to Mexico, the protagonists face hurdle after hurdle, and become true fugitives.

The audience fully on the side of Thelma and Louise, this is a unique film that shows spectacular shots of US wilderness, and ends in one of the most iconic national phenomena in the country: The Grand Canyon. Winning a host of awards, and launching the career of Hollywood star Brad Pitt, the film is applauded for its feminist undertones, and is now viewed as a classic 25 years on.

Traveling to the USA

The ease and simplicity of traveling to the USA through the Visa Waiver Program have not been explored thoroughly through film just yet, perhaps owing to the lack of plot twists and complications; it’s really too straight forward to merit the red carpet. Citizens of Visa Waiver Program member countries can apply for ESTA online, which allows them to travel to the USA for periods of up to 90 days at a time as a tourist or on business (among a few other travel purposes).

Once ESTA approved, travelers are authorized to visit the USA as many times as they wish within a two-year period (as long as they are doing so under the terms of the Visa Waiver Program). The fact that so many travelers no longer have the need to apply for a US visa means that it has never been easier or cheaper to get US travel authorization.

We’ve all seen countless American movies, and whether we’ve been to the States already or not, they no doubt have an impact on what we expect from and how we perceive this country. Film is a great way to capture certain cultural elements, and show beautiful scenery and settings that need to be seen to be believed, but real life travel remains the best way to really get a genuine feel for a place. Apply for ESTA online and begin your cinematic US adventure!